BETTER THAN YOUR BOOK CLUB 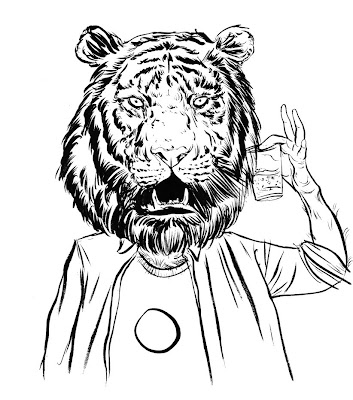 Oh man the wind is blowing up a gale and cold front coming in and it’s getting darker earlier — that mean’s it’s getting to be the real partiers’ time of year. Every Fall and Winter is the best time for us to get together with all the bebs from ’round town and jam on some records on the insides. This winter’s looking like we’ll be getting some extra special treats as a part of the Social Music Record Club. The bad boys are hooking it up bigtime with 9 exclusive LPs and a 7″ for only $99. That’s a pretty sick deal, especially considering who you’ll be getting releases from [Ty Segall, Jacuzzi Boys, Sir Richard Bishop, The Bats, Woven Bones, Abner Jay — wait, give us a sec…. k, just changed our pants] And in case you were wondering, the Abner Jay record is being compiled by Jay Martin who oversaw the Abner record that Mississippi just put out recently, so you know it’ll be badass. The idea of Ty Segall’s “folk record” literally has us covered in goosebumps of anticipation. They’ve got it all spelled out over at the Social Music site [where you can go ahead and sign up and paypal them] Here’s the cover for the Jacuzzi Boys release, Seahawks and Peacocks…

For a whole rundown of what they’re offering in this pack — check below. They’re also offering a cassette package for cheaper [if that’s your thing] This just made our Christmas shopping so much easier.

* JACUZZI BOYS: A live album by the finest psychedelic garage-pop band in Miami, FL — to be recorded on the West Coast in late May, 2010. * SIR

* EVAN MILLER: A new record by the Pac NW-based instrumentalist whose prior solo releases have explored finger-picked guitar playing and lap steel.

* TY SEGALL: Ty has said that he wants to deliver us his “folk record.” Since everything he does is so good, we can’t wait to hear what that sounds like.

* ELIZABETH HARRIS + ILYAS AHMED: Here we have collaborative recordings made in Portland, OR by Elizabeth Harris AKA Grouper and Ilyas Ahmed. Who doesn’t need any stinking AKA’s.

* ABNER JAY: A 12″ of previously unreissued recordings assembled by Jay Martin (who oversaw the A.J. releases on Mississippi) and licensed from Abner Jay’s estate.

* WOVEN BONES: These Austin, TX-based killers deliver unto us a covers 12″, not-at-all-really in the vein of Cat Power and Rod Stewart.

5 responses to “BETTER THAN YOUR BOOK CLUB”