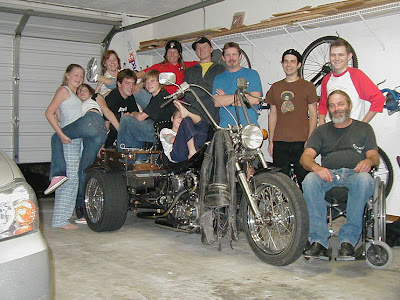 So earlier this year VICE and SCION teamed up to bring us that huge metal-fest in Atlanta, which ruled. But now, they’re really baiting us. They just officially announced their Garage Fest taking place in Portland on October 17th. Look at that lineup. Seriously. It’s like we don’t even need porn anymore. The shows happen all day and are spread out over four different venues, which makes us kind of glad that we aren’t going to be there. There’s no possible way to see all the bands we’d want to see. But whatever. It’s nice to see some Tennessee representatives out there [Jay Reatard, Cheap Time, Those Darlins]. We caught the majority of these bands at this last year’s SXSW, and you can catch some of them in this city soon [King Khan BBQ, Black Lips, The Beets, Yussuf Jerusalem]! If you’re going to be in the Portland area on October 17th, you’d be nuts to miss this.

If you’re too lazy to go the site, here’s the lineup and check the comments for set-times:

One response to “GARAGE PARTY!”