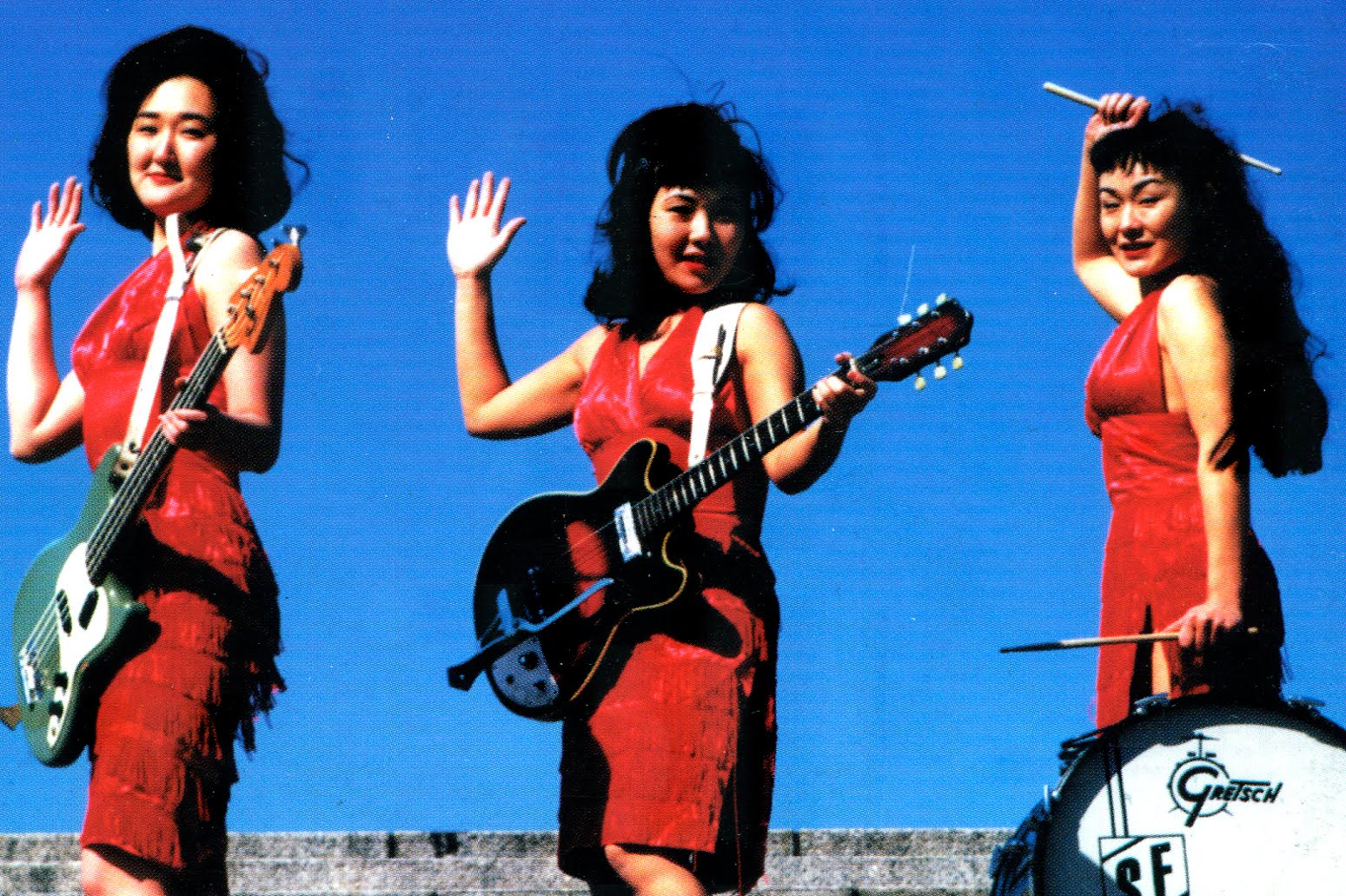 You may think of them as the too-posh-to-mosh house band in Kill Bill, or you may think of them as the soul-suckers behind the impossibly catchy song used for an entire Vonage ad campaign. Don’t be mistaken though, the 5.6.7.8’s have more piss and vinegar rock and roll in them than you or I will EVER be able to muster. And let’s be frank, those babes are B A B E S. [Seriously, watch this video. Oh my god…] Word just came in today that Third Man is reissuing their self-titled debut, and luckily for us, they’re flying those Japanese heartbreakers to our great land to play at Third Man HQ on Friday. We’ve had the privilege to see a copy of the reissue already, and sweet Jesus it looks sick. From the gold lettering to the cardboard sleeve itself, Third Man didn’t skip any corners on this one. [Could just be our sad, collector selves, but nothing gives us a chub like a cardboard sleeve. Well, almost nothing…] Anyway, as is the usual with these things, Third Man’s gonna be recording the show for a live LP, and as an added bonus, Jack’s taking the girls into his magic shack to record two new ones for a blue series 7-inch. Is it just us, or has Third Man been doing everything right lately?